On Azure you can choose basically between two different Backup Options:

Today I will give you a short overview of the service.

- Backup Vault: First of all you have to create a Backup Vault (Thomas described this already in a former post)
- If you use Microsoft Azure Backup Server a Internet Connection is needed

The costs are counted by instance and space used. An instance is either a Azure VM Server using Backup Option 1 or a Server to Backup specified with Microsoft Azure Backup Server using Option 2. (Price table from 12.2015)

When you create the Backup Vault you can choose between LRS or GRS. This can only be specified at the beginning.
If you started already some Backups the GRS storage cannot be switched to LRS anymore. You have to recreate the backup vault.

For the Backup Data Azure Block Blob Storage is used. The costs can be seen from the following price table from 12.2015 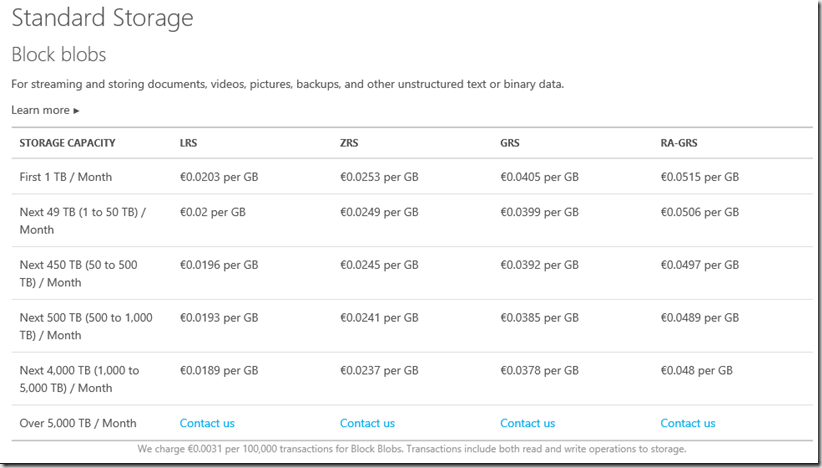 In Part 2 I create a Backup Plan for some Azure VM’s and restore a Test-VM
Part 3 covers a OnPrem Backup using Option 2 with Microsoft Azure Backup Server. I make a full Backup and full restore assuming the VM’s don’t exist anymore.