In this post I use the screenshots taken in my test environment to walk through the steps of setting up a Lync 2013 Standard Edition Front End Server in a test environment.

First of all we need to install the Lync Deployment Wizard on a server, this doesn’t necessarily have to be the Lync Server, although it’s a good idea to use this server. So, start Setup and select a location for the installation files.

After that installation finishes, we we start the Deployment Wizard and install the administrative tools. 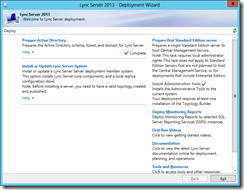 Warning: This is going to update the AD schema, make sure you are in test environment.

From the Lync Server Deployment Wizard click “Prepare Active Directory” and update schema, prepare the forest as well as the current domain. 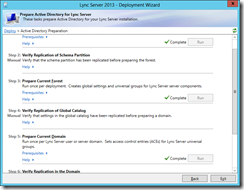 The following cmdlets can be used to check domain/forest readiness.

Now preparing the current domain created some AD groups used by Lync. Add the account used to administer Lync to the CSAdministrator group.

Specify a primary SIP domain, additional SIP domains can be specified in the next step.

The first thing we need to create is a new Site within our new topology, specify a name and some details for the first Lync Site 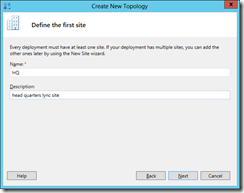 Start the New Front End Pool wizard after finishing the New Topology wizard and enter the FQDN of your Lync Standard Edition Server. 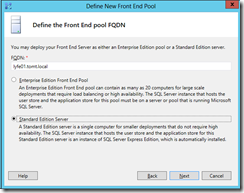 Specify the Lync Server Features to be installed on this server 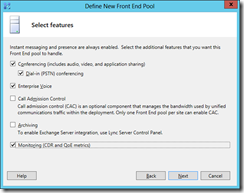 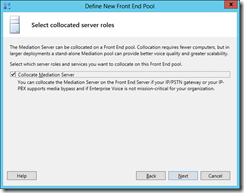 Define the SQL Store for the front end pool, as we install a Standard Edition Server we cannot change this 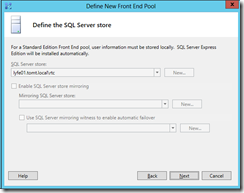 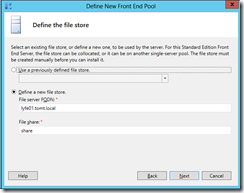 Specify the external URL, this URL will be used by external clients 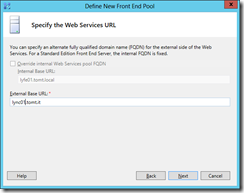 Associate an Office Web Apps Server that has already been added to the Topology or add a new one, if you have one

If you selected the Monitoring on the features page, specify a SQL instance with Reporting Services. This can be installed locally or on a remote SQL server 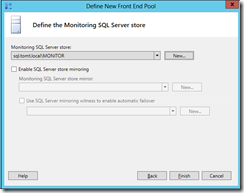 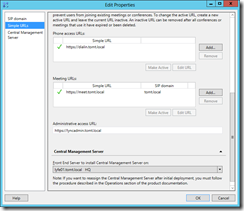 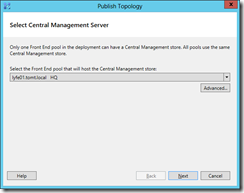 Ok, nice work. We have just created and published our Lync 2013 Topology. Time to get the Server ready.

In the next post I will walk through the actual installation of the Lync 2013 Standard Edition Front End Server.